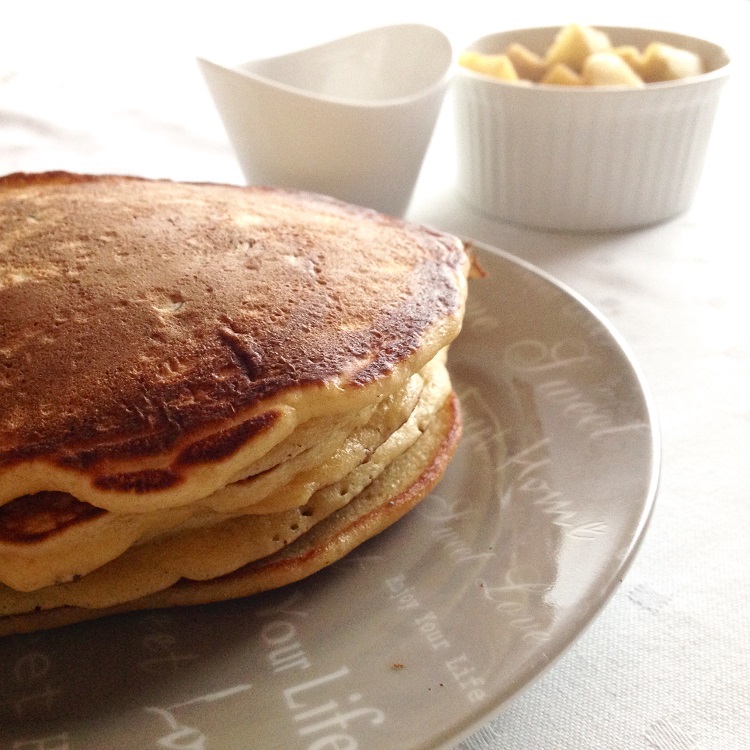 It’s been a while since I’ve had the chance to enjoy my breakfast at home. With all the work realted commitments and the busy holiday schedule (family lunches, gift shopping, house decorations etc.), today was the first time in about 3 or 4 weeks that I was able to prepare my breakfast in my own kitchen and enjoy it properly. I decided to celebrate this occasion with pancakes of course. This time I decided to go with the classic fluffy American pancakes, the kind that my brother prepared for me a few times, but this time of course, I replaced regular flour with spelt flour and caster sugar with Xylitol. I also added some sultanas and they turned out divine!

For the pancakes (makes 4 pancakes):

For the baked cinnamon apples:

1. Sift the flour, baking powder, salt and xylitol into a large bowl. In a separate bowl or jug, lightly whisk together the milk and egg, then whisk in the melted butter.

2. Place the sultanas in a microwave safe dish and cover them with some water. Place in the microwave for 20 seconds in order for them to soften up and get fluffy. Drain and allow to cool down.

3. Pour the milk mixture into the flour mixture and, using a fork, beat until you have a smooth batter. Any lumps will soon disappear with a little mixing. Stir in the sultanas and let the batter stand for a few minutes.

4. Heat a non-stick frying pan over a medium heat and add a knob of butter. When it’s melted, add a ladle of batter (or two if your frying pan is big enough to cook two pancakes at the same time). It will seem very thick but this is how it should be. Wait until the top of the pancake begins to bubble, then turn it over and cook until both sides are golden brown and the pancake has risen.

5. Repeat until all the batter is used up.

6. At the same time, cook the apple in a pan on some butter, adding the maple syrup and cinnamon to taste. Serve warm with freshly baked pancakes covered in some more maple syrup. 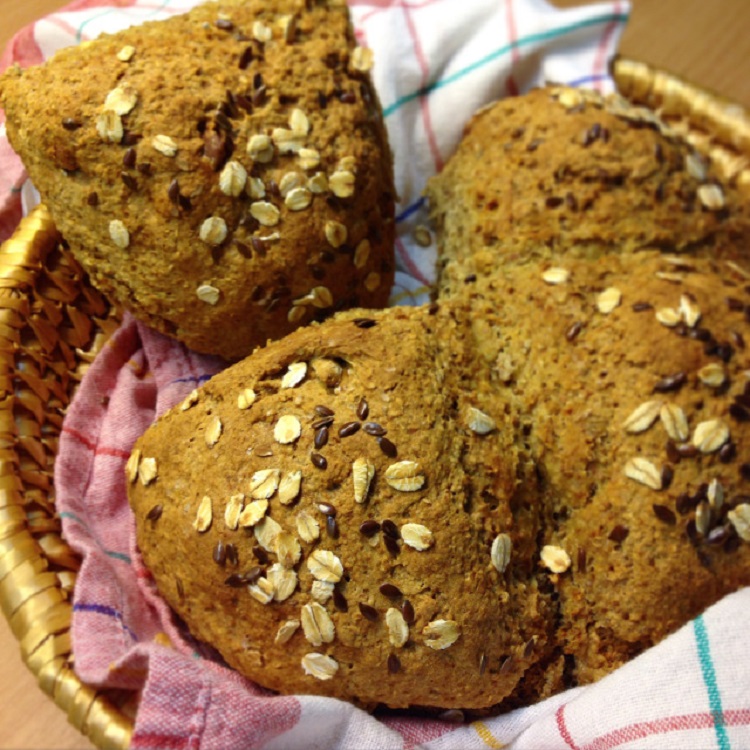 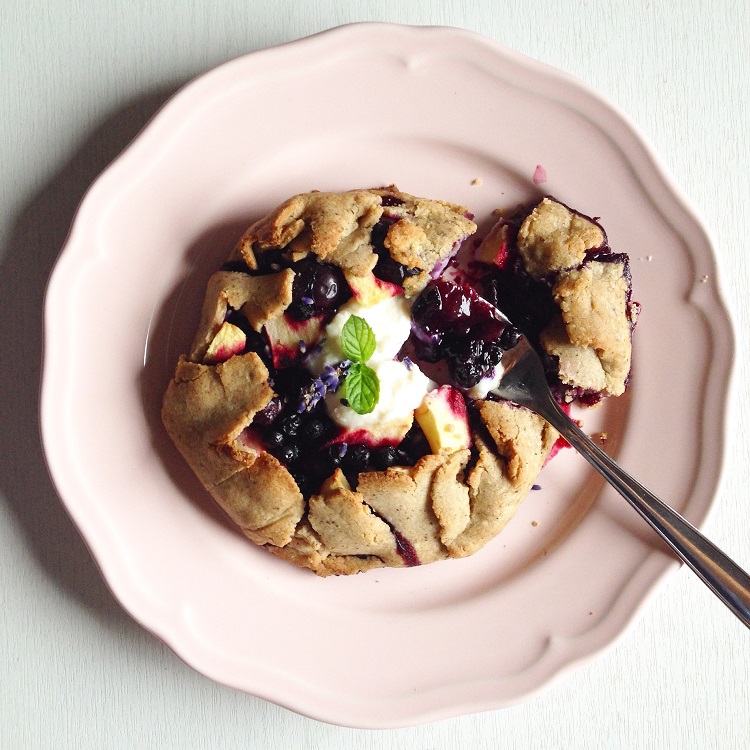